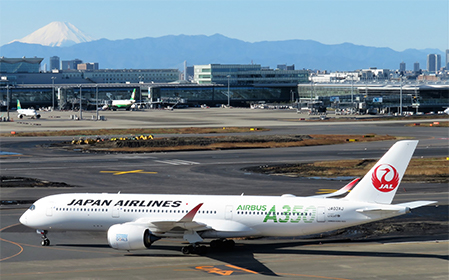 The project has been executed since 2017 under the entrustment of NEDO's "Biojet Fuel Production Technology Development Project *4" , which envisages commercialization of biojet fuel to reduce CO2 emissions attributable to jet fuel usage, and has achieved the demonstration of integrated production technology including supply chain establishment from raw material procurement to the biojet fuel supply to aircraft. 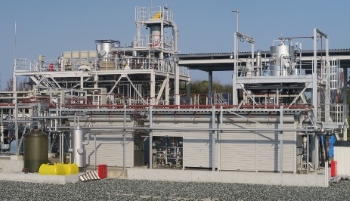 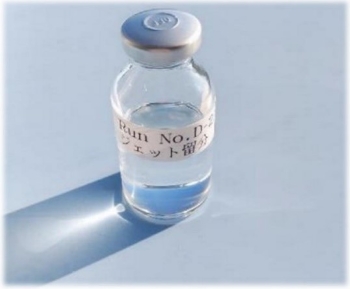 TOYO applied the microchannel FT synthesis technology owned by Velocys*8 to the demonstration facility. The technology can make FT reactor 1/10 smaller than conventional FT technologies, is suitable for small to medium production capacity plants such as biomass gasification and is easy to scale-up. In 2010s, TOYO made its first achievement in a small GTL*9 demonstration conducted jointly with Velocys. This technology also demonstrated high efficiency and stable performance at this NEDO pilot plant, and contributed to the production of high-quality SAF, green naphtha and green diesel.

The aviation industry, including the International Civil Aviation Organization (ICAO), is working on measures to curb global warming by reducing greenhouse gas emissions associated with aircraft operations, and the introduction of SAF is positioned as one of the effective means.
TOYO will continue to promote efforts toward the establishment of commercial-scale biojet fuel production technology with its FT synthesis technology, and contribute to carbon neutrality and reduction of global environmental load in the aviation field.